The setup was much easier than I anticipated. It only took a few minutes and I was up and running. However, I do not feel the average person will “get it” in terms of how to use Chromecast properly. It is too decentralized. Set up the hardware, find an app or URL, install browser plugins, and hope content streams properly. It seems too disjointed overall. Great for geeks, not so much for the average consumer.

I plugged the Chromecast into my TV. The TV also comes with a USB port so the Chromecast is also being powered by my TV. Cleverly that saved one additional power outlet. 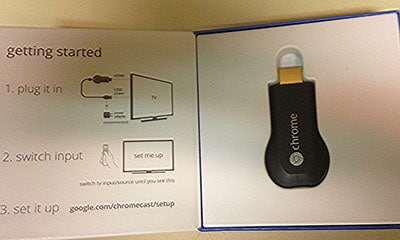 At the time of this writing, Google had just released the new Chromecast app for iOS. 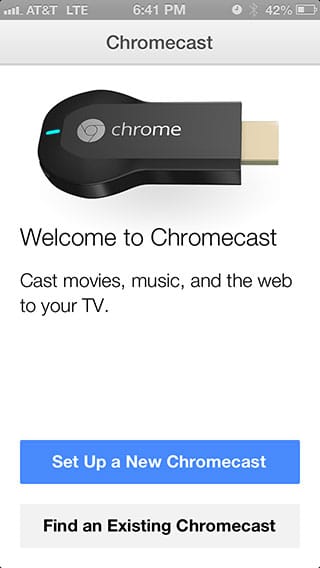 Once the device was plugged in, I tapped “Set Up a New Chromecast” as shown in the screenshot above. 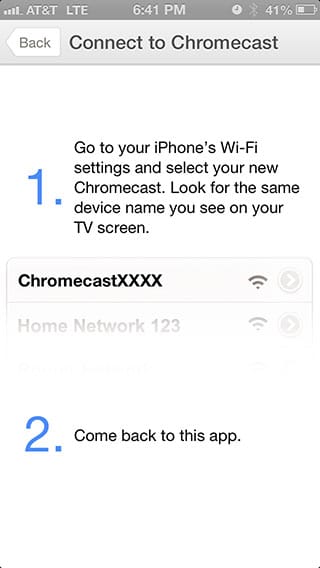 Then switched my iPhone to the Wifi network that the Chromecast had created. 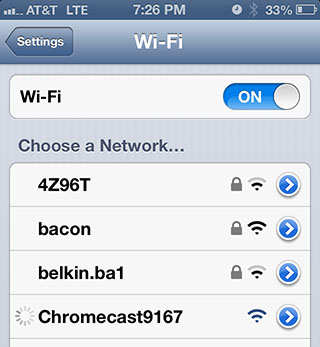 During this process, Chromecast was displaying the following on the TV: 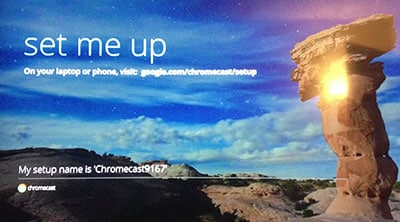 Once the Chromecast network was chosen on the iPhone then it was able to proceed to the next steps. 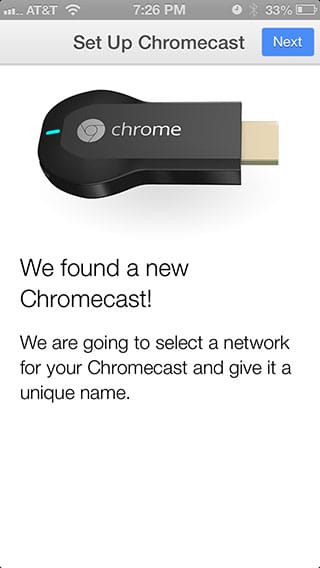 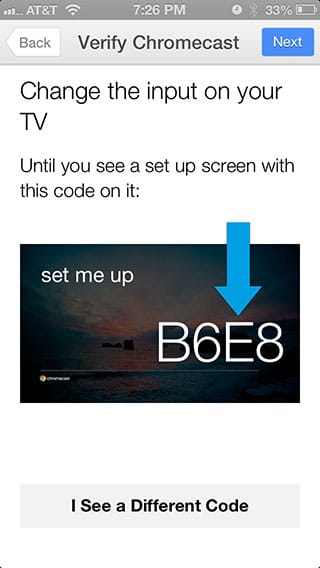 The next steps were to choose a name for the Chromecast and set my wifi settings. 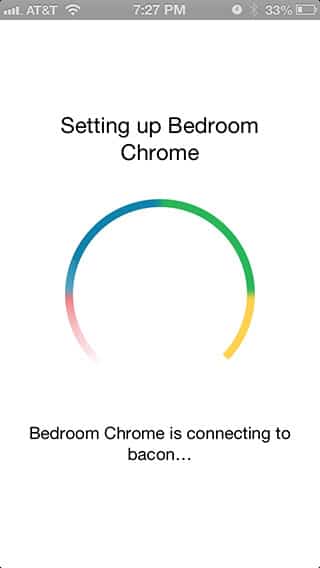 That was it. The Chromecast was configured and and ready to cast. Once it is setup the app and TV will look like below: 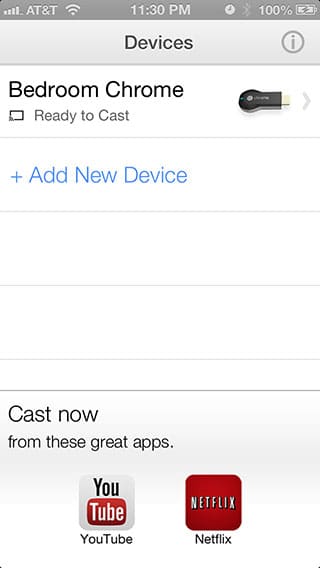 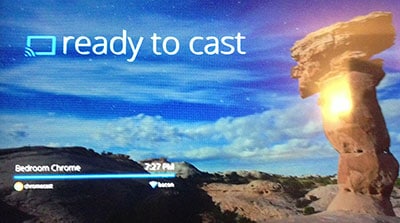 This is where the experience breaks down in my opinion. You can either stream your browser window to the TV using a Chrome extension or locate the button in supported apps ( shown below ). That is it. 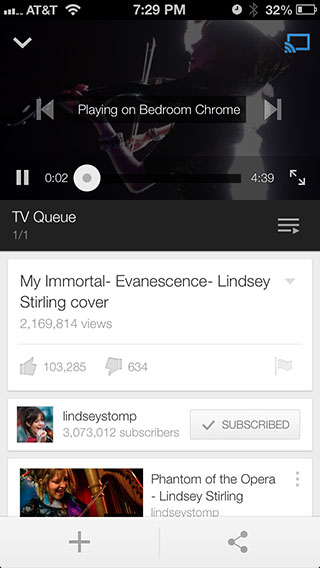 A few related resources for Chromecast: